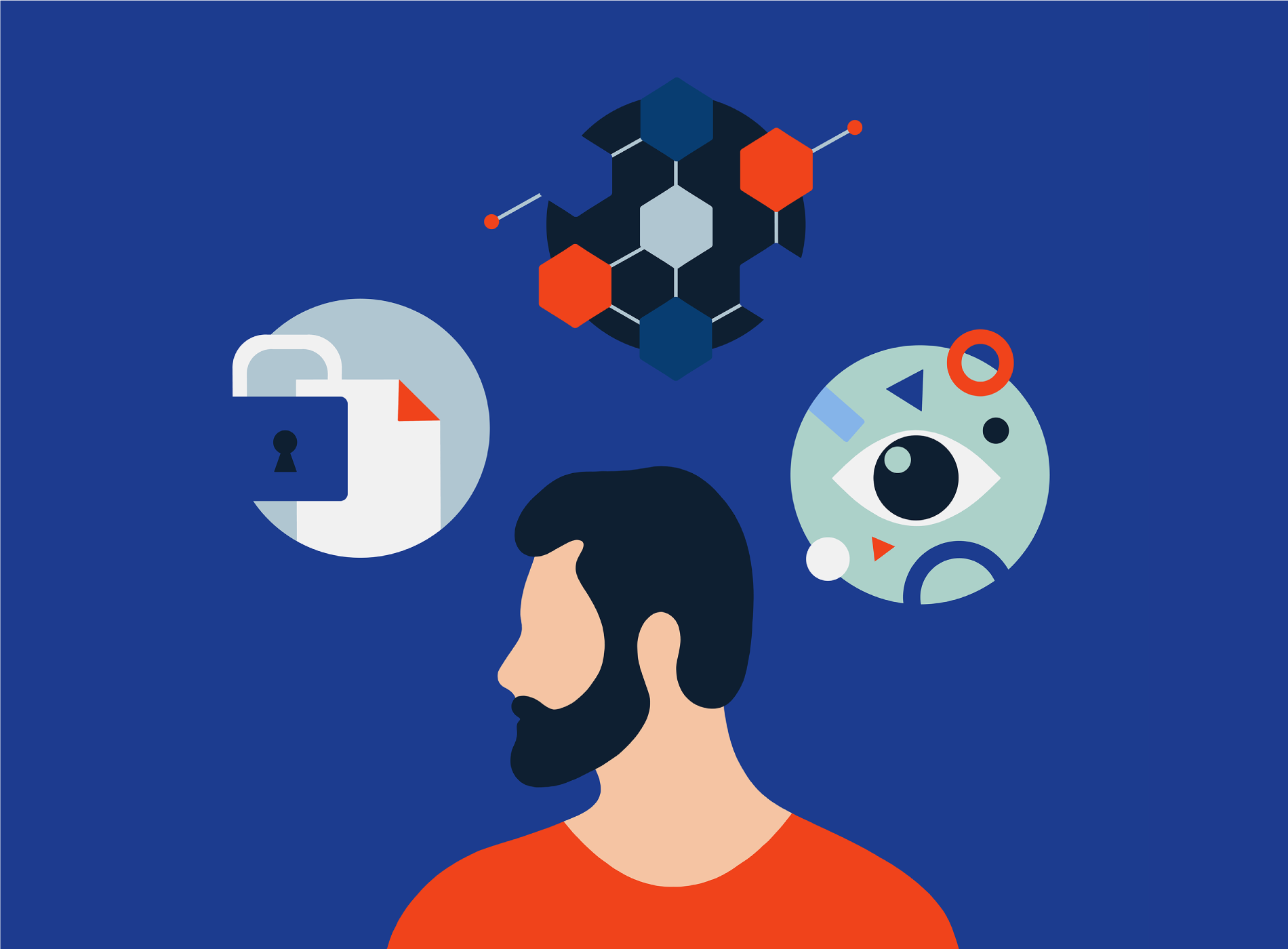 Since its birth, technology development has always been an innovative industry.

As technology moves forward, various industries always look for the most efficient way to get their tasks done accordingly.

As a result, tech development is an industry that affects other industries in itself.

So if you happen to be in tech, it’s always a good idea to keep an eye out for the next big flashy thing to capitalize on.

2018, for example, was widely considered as the year of the Blockchain. With Blockchain projects raising over $7.5 billion through 1,224 ICOs (initial coin offerings) throughout the year.

While just about every industry undergoes serious changes each year, it’s probably safe to say that we’ll feel the impact of tech and software development the most.

So, if you want to stay ahead of the curve in 2019, here are a few key tech trends you might want to keep an eye out for to get ahead of your competition.

1. Increased IT and data security

If there’s one thing we can learn from all the data and security breaches, it’s that we need to take our data more seriously and hold companies accountable for their security.

According to Datto, from Q2 2016 to Q2 2018, 79% of managed service providers (MSPs) reported ransomware attacks against small-and-medium-sized businesses (SMBs).

And 92% of MSPs predict that the number of attacks will continue at the current rate or become worse in the future.

Some of the big data breaches you might have heard of in 2018 include Google+, Facebook, Quora, and more (Source).

And these are just some of the bigger names on the list. The biggest data breach in 2018 came out of Aadhaar – India’s national ID database, which affected just over 1.1 billion registered users.

It’s not just the tech companies that are being affected by the security leaks too. Almost every industry that collects data in one way or another faces cybersecurity and IT issues.

The increasing frequency of personal data breaches affects customer faith and of course, the company’s reputation is directly at stake.

Data leaks are unfortunately becoming more common nowadays. Even some of the bigger corporations are affected by them and they are seemingly powerless to do anything about it.

As the problem becomes more severe, cybersecurity is becoming an essential service requirement in the IT sector.

Currently, many companies are trying to obtain as much data as possible, but when it comes to protecting that said information, the focus just isn’t there.

It seems that just about any company can be breached.

Tighter data and IT security mean more penetration testing, software audit, and risk analysis. A lot of companies are now opening security departments and outsourcing them to specialized companies.

Data leaks are likely to continue in 2019.

But there are simple steps you can take to prevent them. From end-user security awareness trainings to better encryption, you can cross off your customers’ security concerns and clear away any doubts by investing more in strengthened backend development.

Blockchain has become somewhat of a buzzword recently – something everyone claims to understand but can’t seem to explain what it is properly.

In simple words: Blockchain essentially is a digital ledger that acts as a decentralized database for all transactions (data, finances, information, etc.). It started as the main tech behind cryptocurrency but its potential goes way beyond that now.

If 2018 was the year of exploring Blockchain, 2019 will be when companies actually start applying it to their business solutions.

As of now, over 100 startups from 45 different countries have partnered with UNICEF to start developing Blockchain solutions and bring about the era of blockchain for development. Banks are also experimenting with Blockchain as 69% of them are looking at permissioned Blockchain usage.

But how is Blockchain going to revolutionize all these industries, actually?

In terms of practical Blockchain application in the IT sector, the following are some key trends that stand out in 2019:

Combined together, they have the potential to transform the lives of people both at home and at work.

Any kind of solution that allows people to explore a fully immersive computer-generated world or display an overlay of augmented computer graphics in their close environment (AR) has a lot of potential and many different uses.

VR, for one, offers a completely interactive and a digital world, and AR is all about building computer graphics that can be viewed in a normal environment.

Even though we saw a lot of VR uses in 2018, it was still widely considered a fad, mainly due to its uses (mostly related to entertainment, gaming, etc.). Many even say that the demand for VR has been slowly dying since its explosion in 2016 and that it’s an oversaturated field.

But despite this popular misconception, VR has a lot of serious potential waiting to transform how businesses and people interact. VR uses range from military training to training new employees in a business to the entertainment sector (not just games, but also interactive performances, galleries, museums, and more).

As for augmented reality, new apps and solutions are entering the market and gaining the trust and interest of many users worldwide. Like VR, AR has a lot of uses throughout the many industries – from retail to logistics to fashion and more.

In other words, it’s not just about entertainment. Instead, AR can also be used to improve businesses and their workflow.

Much of AR’s success is attributed to its versatility, and its convenience.

As AR becomes more powerful, we are also likely to see a higher degree of personalization in terms of customer experience. Something as simple as pointing your smartphone to a shelf in a clothing store will be able to provide you with details about the origin and the material, but also reveal information tailored specifically to your interests.

All in all, we’re likely to see an integration of AR and VR into big data, machine learning and customization. The final result will be an personalized customer experience and an increased awareness based on a case-to-case scenario.

So, with that said, what does 2019 have in store for mixed reality?

Together, AR and VR headset market grew to 8.9 million units in 2018 and are expected to reach 65.9 million units by 2022 – not bad for a sector once considered oversaturated.

What’s important to note is that as phone technology becomes more and more sophisticated, so does mixed reality. A lot of it is linked to how we use phones. So, it’s only a matter of time until AR becomes a part of our daily lives like our cell phone usage.

Each year we see new technologies come out and the current ones improve. This happens every year and 2019 will be no different.

Tech has always been a constantly evolving field but what makes it so interesting that as it improves, we start to see its effects in other fields and industries.

In the 21st century, trends and tech shifts happen at the drop of a hat – something that was next to impossible before.

So, it’s safe to say that we’re very likely to see its effects ripple across many other industries.

Expect to see a change in tech and possibly the way we do business altogether.

It’s a slow, but gradual change.

But with that said, what really matters at the end of the day is how you capitalize and adapt to the next flashy change in your industry and if you’ll be successful in its execution.

Each year marks the start of a new trend.

How are you planning on tackling the new set of trends in 2019? 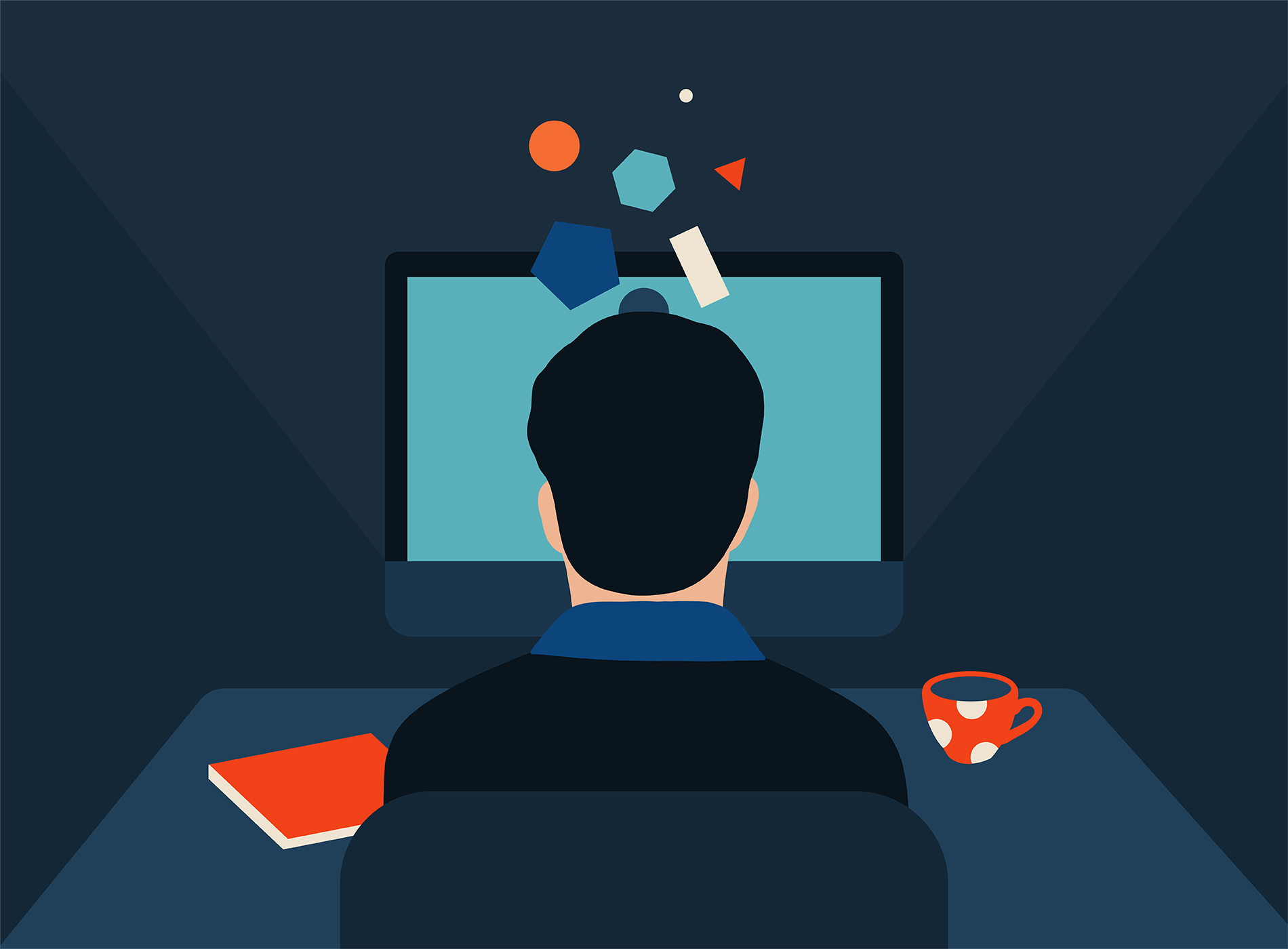 What is the Future of Front End Development in 2020

Being a developer means you never stop learning. The world of frontend and web development is moving fast, due to the emerging new te... 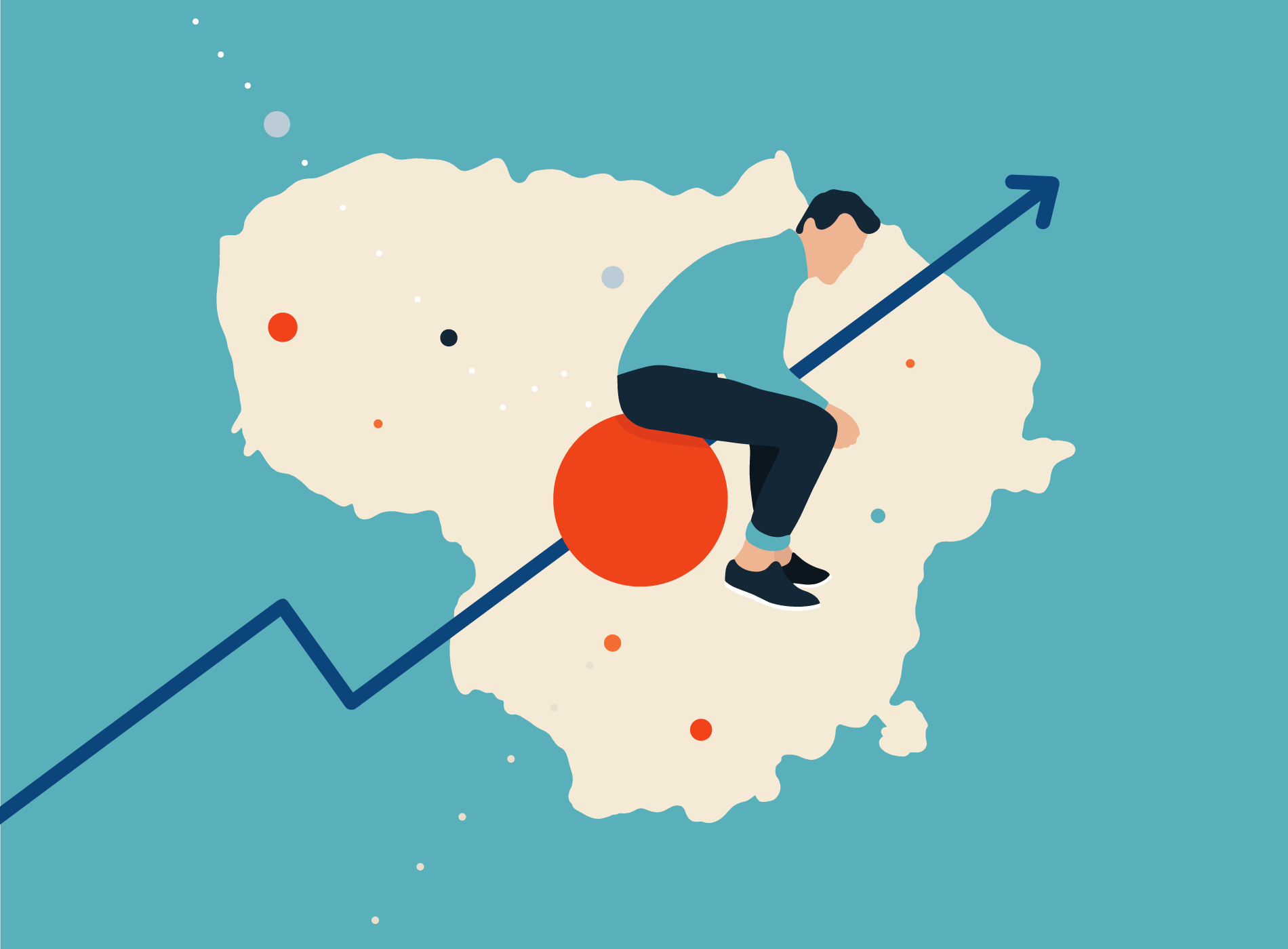 Why You Should Outsource Your IT Projects to Lithuania

Lithuania is an ideal country for outsourcing IT projects for a number of reasons. Here's how the country deals with information technology and development work. 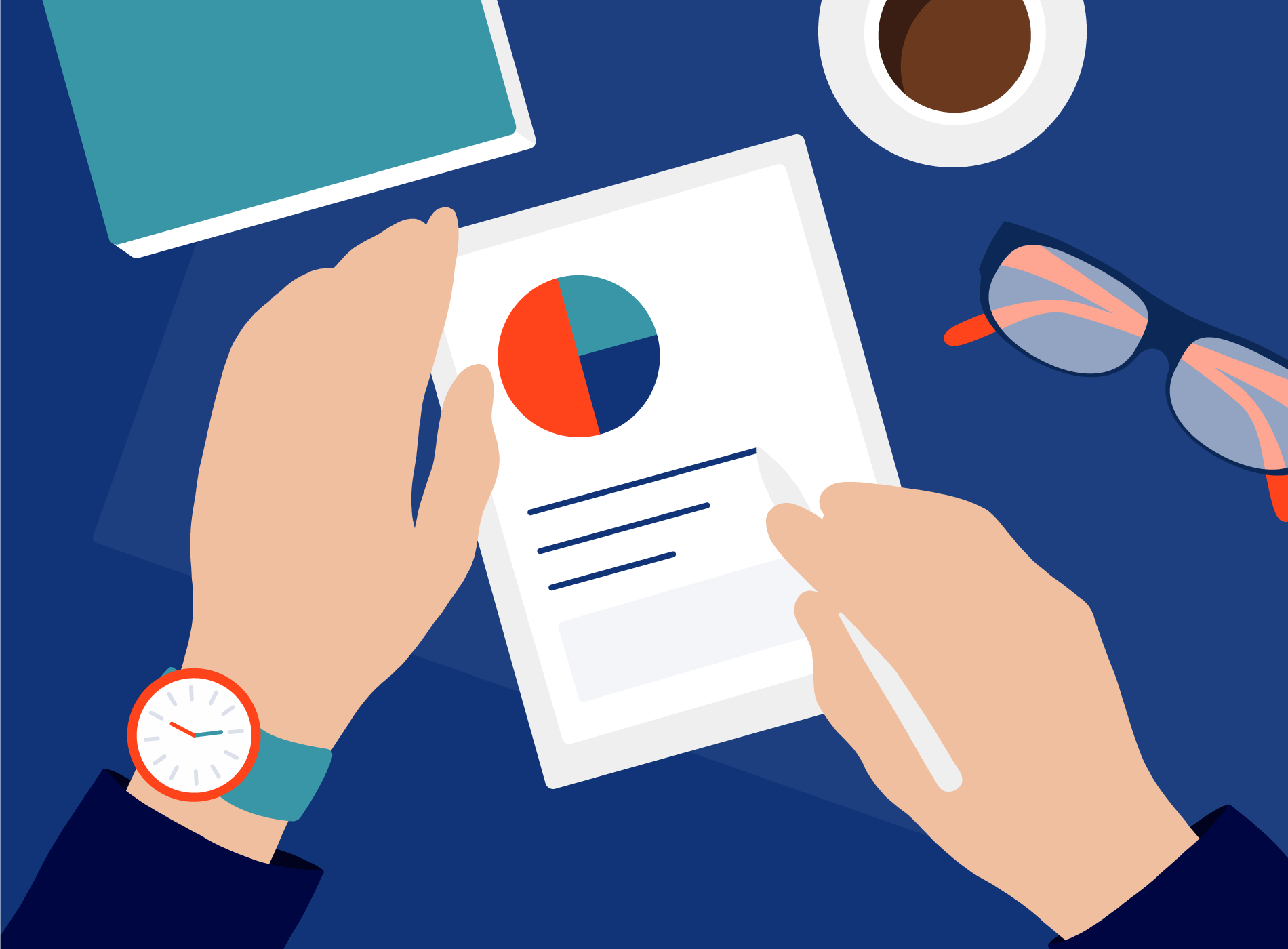 Programming Habits All Developers Should Adopt

Becoming a software developer, whether it be through an online course like Treehouse or independently, can be one long, never-ending jou... 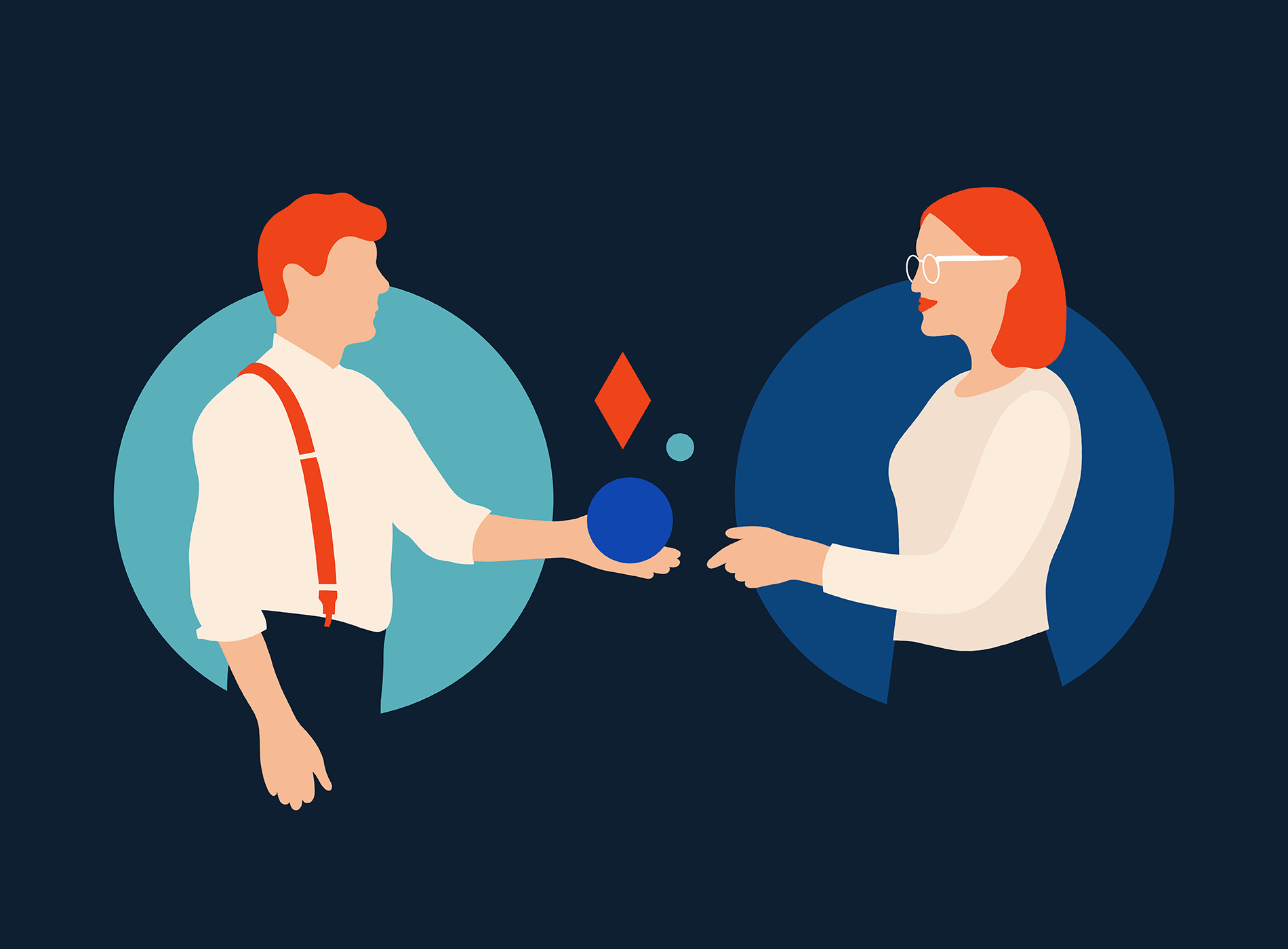 Essential Skills Every Software Developer Should Have in 2019

Nowadays, it is rare to find a software developer who can do it all. A good engineer (whether it be in web or app development), now n... 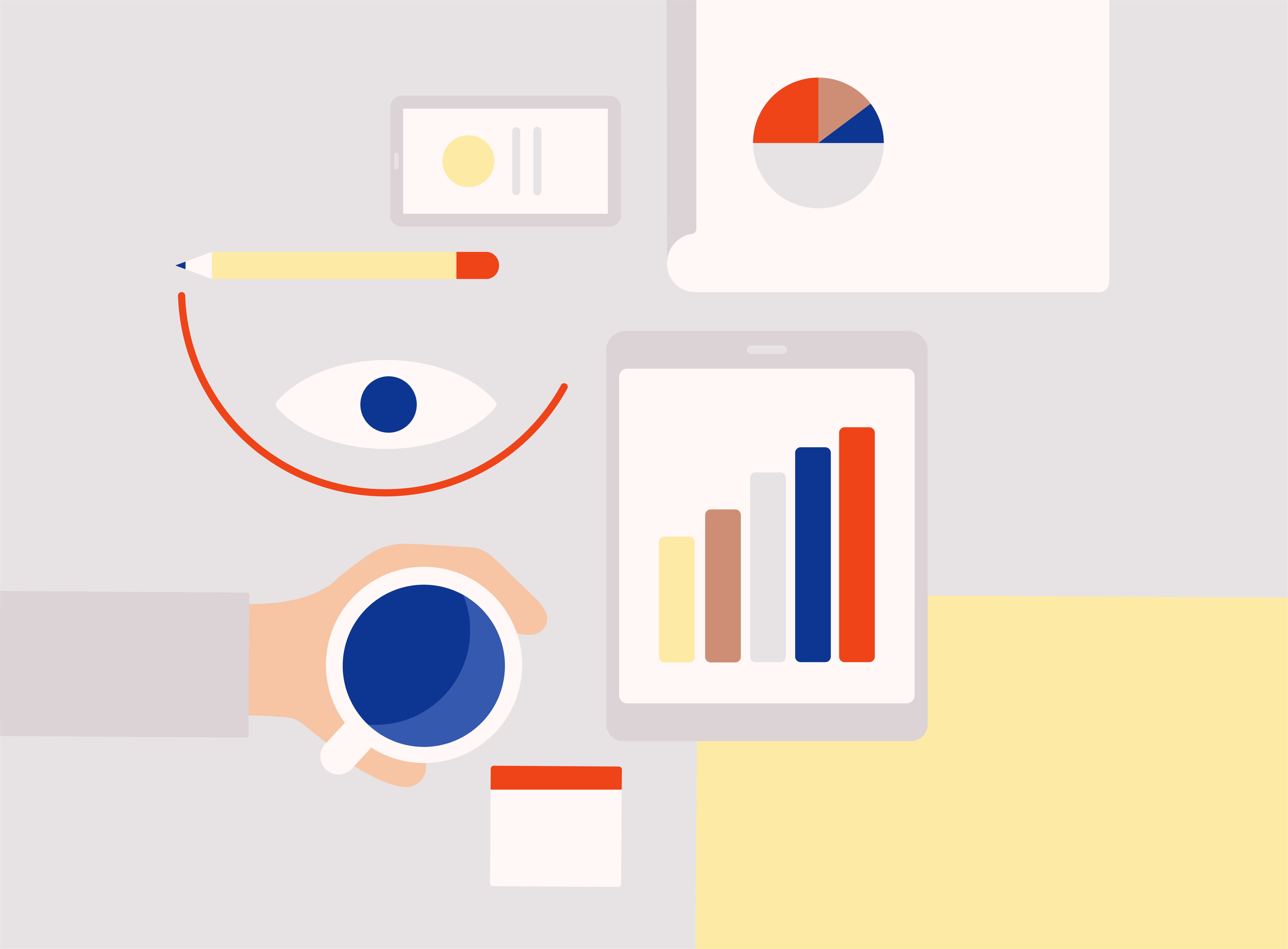 8 Essential Tools we Use While Running a Business Remotely

Thanks to the software available nowadays, working on and managing your business remotely is more plausible than it ever was before. To ...