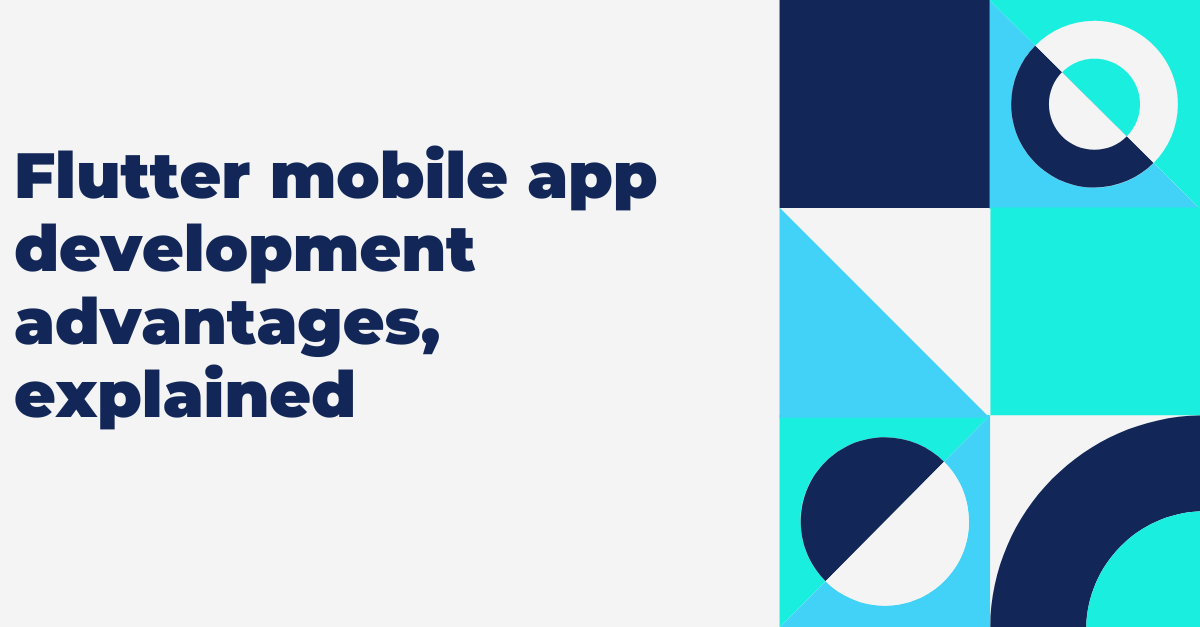 When it comes to mobile app development, companies have many different options to choose from. One of the most popular choices is hybrid mobile development. This approach allows companies to develop apps that can be simultaneously deployed to multiple platforms, conferring a multitude of benefits.

What Is Flutter Mobile Development?

If you’re unfamiliar with it, Flutter is a cross-platform app development framework created by Google.

One of its most significant advantages is that it allows for the development of high-quality native-looking apps for both iOS and Android using a single codebase. This makes Flutter a very attractive option for those companies that want to build a mobile app but don’t want to spend the time and money necessary to create separate apps for iOS and Android.

So, it’s easy to understand why Flutter has quickly become the go-to choice for mobile app development among businesses of all sizes. Flutter has many benefits over competing cross-platform frameworks like React Native and Xamarin, beyond simply facilitating the concurrent development of two apps.

Let’s look at each of them in-depth.

As we mentioned earlier, Flutter app development requires only one codebase. Consequently, this significantly reduces development time, allowing developers to create code once and have it run on both systems. By choosing Flutter app development, you can develop apps more quickly than other approaches, freeing up time you could funnel towards other projects.

Furthermore, Flutter app development is more intuitive because it uses a declarative programming style, making the code more readable and easier to understand. As a result, Flutter app development is a more efficient way to develop cross-platform mobile apps, as it is largely employed by versatile and knowledgeable developers in what it takes to create winning apps that will be successful in each platform that they’re made available on.

What’s more, Flutter’s hot reload feature saves time by allowing developers to quickly see the changes they made to their code without having to rebuild the entire app. Essentially, Flutter helps them streamline their work and focus on creating a quality product.

So, by using Flutter, you can significantly reduce your overall development costs, and make the most out of your budget by choosing this hybrid method that delivers results at a fraction of what was initially anticipated.

With Flutter, you can make changes to your app quickly and efficiently without having to rebuild it from scratch each time.

Flutter employs the Dart programming language, which is easy to learn for developers with experience in object-oriented languages such as Java or C++. Moreover, Dart offers many features that make it well suited for creating cross-platform apps.

For example, Dart includes a reactive framework that makes it easy to update the UI in response to changes in data. This can be especially useful when developing apps that need to support multiple screen sizes or devices with different aspect ratios. In addition, the Dart pub package manager makes it easy to manage dependencies and share code between different parts of an app.

Therefore, Flutter app development is successfully employed by developers who can make the most out of its features to meet clients’ specific needs with efficiency in mind. This way, app development becomes more straightforward, and any future app updates or upgrades can be done much faster than what it would take for other cross-platform frameworks.

One of the key features that sets Flutter apart is its ability to be easily ported to other platforms. Since a Flutter app can be compiled for web using the same codebase, a single development team can support multiple platforms with minimal effort.

For example, Flutter iOS and Android apps can also be deployed to desktop platforms such as macOS, Windows, and Linux. This gives companies even more flexibility when it comes to targeting different audiences. Suppose a company wants to expand its outreach. In that case, it can easily modify its Flutter app to make it available on various platforms and, as such, streamline its marketing efforts with minimal extra development-related costs.

Ultimately, the portability of Flutter apps is one of its key strengths and makes it an attractive option for many companies, especially those who are on a tight budget yet want to make the most out of their app development projects, keeping in mind that their future expansion can be done at a much faster turnaround than having to restart app development for a different platform from scratch.

Flutter app development provides a more personalized user experience by allowing developers to create custom user interfaces. This means that developers can create an app exactly the way they want it to, without being limited by the platform it is running on. More specifically, Flutter’s design widgets are based on Material Design, which provides a consistent look and feel across all platforms and devices and a better overall experience for users. In addition, this feature makes it easier for users to transition between different devices and operating systems, as they will already be familiar with the design elements.

Conclusion: Flutter for Mobile App Development – Is It Worth It?

Flutter app development can help you create beautiful and high-performing apps. If you’re looking to build an app, we recommend considering Flutter. This hybrid model has proven to be a success for companies of all sizes, and it could help yours take your marketing efforts to the next level quickly, efficiently, and budget-consciously.

If you have any questions about developing flutter apps, contact us at [email protected] We’re happy to discuss your projects and how we can meet your individual requirements.